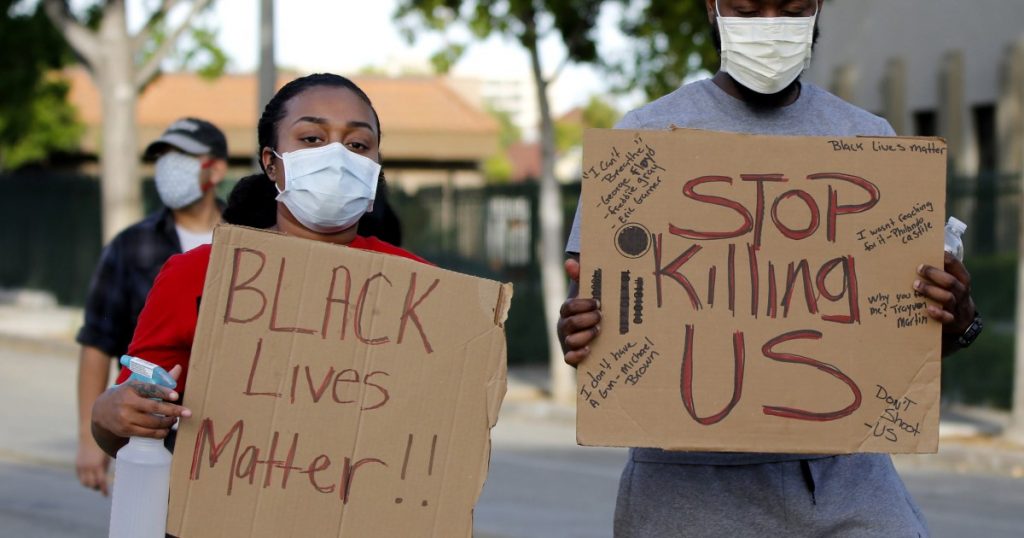 Police Brutality and the Non-Correlation with “Black-on-Black Violence”

I wanted to address this because I don’t understand why people feel inclined to bring up “black on black violence” when police brutality comes up. They are not correlated. As a scientist with an interest in public health, I did some research to fully understand the data and I wanted to discuss this with y’all.

Violence in the United States is a public health concern and in response to this, the CDC created the National Violent Death Reporting System. Ironically, this was developed a year after the Columbine school shooting. I’m not sure if that horrific event precipitated the development of the reporting system. I will revisit school shootings later in this discourse.

Death due to lethal force by law enforcement is one of the categories that are tracked in this reporting system. This information has been a bit challenging to track because police department documentation varies from what the medical examiner may report (i.e. homicide). Anyway, there has been an effort to collect data around this issue. Even with the inconsistencies I just mentioned, when you look at the data, it is glaring that African Americans are disproportionately killed by police. African Americans are 2.8X more likely to experience fatality than Caucasians and are more likely to be unarmed. 2015 was a particularly harrowing year when young black men were nine times more likely than other Americans to be killed by police officers. Despite making up only 2% of the total US population, African American males between the ages of 15-34 comprised more than 15% of all deaths logged, 5X more than Caucasian males the same age.

To jog your memory, Walter Scott and Freddie Gray are a few of the deaths that made national headlines in 2015. Many more were killed and we have no idea what their names are because the tragedies were not recorded. Gray died when his neck was broken in the back of a police transport van. He had been restrained with handcuffs and leg irons, but not a seat belt. The officers involved in his death were acquitted.

Scott was running away on foot from a traffic stop in North Charleston, S.C. Scott was unarmed and was not a threat to the police in any way. The officer fired 8 shots, with 5 of the bullets hitting Scott. The shooter was sentenced to 20 years in prison (Michael Slager). I guess shooting someone running away is just way too egregious to ignore. But that’s a quick and dirty discussion on police brutality in the U.S. Anyone with eyes and a conscience knows what the reality is, even without the data I presented. As a reminder, police are supposed to protect the public and we pay them with our tax dollars to do so. This data shows a glaring abuse of power. Also not accounted for, are the thousands of people injured, and falsely accused with trumped-up charges. Are there good police? Without a doubt. I know many of them. But are there bad police? ABSOLUTELY. And a lot of them are showing their whole ass on tv with these protests.

I want to discuss that slight bump in percentage amongst African Americans though. This goes back to the post-civil war era. The term “black-on-black” crime was actually first coined after reconstruction when African Americans began to flee the south for urban opportunities in the north. They were also escaping violence at the hands of racist southerners. White scientists began to use the term to associate blackness with criminality. This was quite successful and led to a “white flight” that occurred in the 1960s-1970s. Caucasians were scared to live amongst African Americans because of what had been insinuated for the century following the civil war. Chicago and many urban cities portray this white flight phenomena, leaving the inner cities segregated. Poverty escalated as financial opportunities for African Americans diminished. With high unemployment, school quality diminished and inadequate housing soared. Gangs and drug dealers flourished in these types of environments. These areas then became overpoliced and under policed at the SAME DAMN TIME. Black folks (who had always been abused by the police after the abolition of slavery) were able to be brutalized in a segregated echo chamber. When African Americans (the majority being non-criminals) would call the police for help, they received inadequate police protection and decreased investigative time and efforts. Law-abiding African Americans were then trapped in a hell hole and were victimized by criminal neighbors AND police. Black people are not more violent than any other race and the term black on black crime needs to be abolished. Bringing this up when the discussion of police abuse of power is discussed is calloused, ignorant, and quite frankly IRRELEVANT. I would expect people to see how much victimization has occurred…

To emphasize, I don’t bring this up as a tit-for-tat discussion. The common denominator is that black or white, all of the people that have been killed in these scenarios are VICTIMS and do not deserve blaming. When school shootings happen, Americans don’t blame the parents. We don’t point fingers. We mourn as a nation and attempt to brainstorm solutions including gun control measures, mental health treatment, video game overhaul, etc. Black Americans deserve the SAME GRACE!